The Fear of Failure is Real

When I was young, maybe 7 or 8 years old, we had a family friend, who I absolutely idolized. She was older, about 13, with long, dark, curly hair and full lips. Even though I was beautifully innocent at that age, I thought this girl was it. She wrote love stories on her typewriter and because of that fact alone, she was the most amazing person ever I’d ever met. She was a writer! And when she was done writing her beautiful stories, she would let me read her stories. I thought they were the most wonderful things I’d ever read.

To this day, I could not tell you her name.  She shattered the bubble one day when I showed her a story I had written. Remember, I was still just a baby. My stories were sweet and simple. I was so proud of my story. This girl’s feedback horrified me. She ripped the paper in long strips, my heart feeling every tear, as she cackled at how lame it was. This girl was a nasty piece of work who was clearly in the category of ‘mean girl’. Her words scarred me while her disregard haunted me. It’s no wonder I don’t remember her name.

The idea of being a writer at that point was my dream. Something I thought I would someday do. I didn’t let the mean girl get in my way. I persevered. My parents eventually gave me a typewriter for Christmas and, now that I’ve been a parent to a writer, I know I probably drove them bat-shit crazy with the tap-a-tap-tap as I cranked out those stories.

The mean girl was right in a way. My writing was not good as a kid. But, no matter how bad I was, the idea stuck in my head that one day, someday, I was going to be a writer. 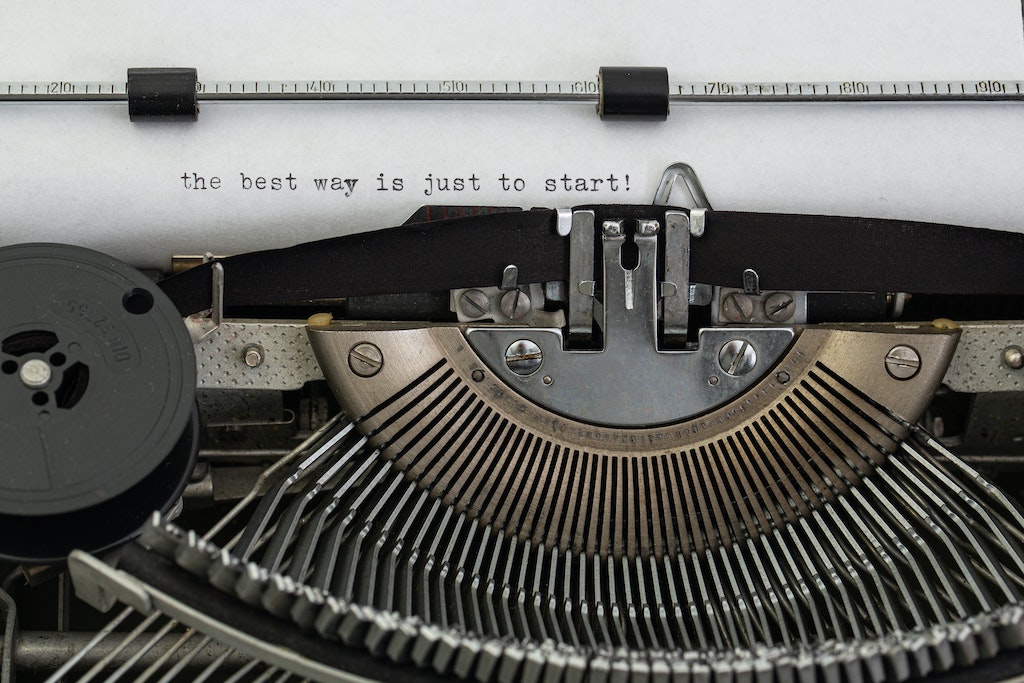 It may have taken 50 years, but here I am. I’m finally doing it.  I can finally say I’m a writer.

Being a writer is not what I imagined it to be. Not in the way that little girl dreamed anyway.  The process is not as simple as sitting down and writing a nice little story. It’s damn hard. I’ve taken course after course, banging my head against the wall, trying to piece together the elements of writing over and over. (It’s possible that bitchy teenager hit me in the head with her typewriter to accentuate her point.)

Things like point of view, dialogue, setting etc eventually stuck. Now I’m the writer who, when reading a book for pleasure, will notice slip-ups the author has made. You know, stuff their editor didn’t catch. It’s annoying as hell once that pandora’s box is open, let me tell you. I’m sure I’ve driving my husband insane with the comments I make when shows drop obvious clues (to me) in mysteries or when the timelines aren’t correct.

But getting back to my writing, as I do have a point here.

When I finally wrote a book, it came with an interesting story: It came to me in a dream. I woke up thinking ‘wow, that would make a great scene for a book.  I should write that one down.’  And I did. I was still writing 18 hours later.  (My husband saw the drive in me and kept bringing me food and drinks. He’s a supportive one. A good egg.)

I took myself on self-writing retreats to get the book finished. One time I went to an old stomping ground, because it got me back in touch with the girl within, so I could finish it. I rented a cabin at the beach and, in the morning when I was due to check out, I went to the office to ask if I could extend the stay one more night. I explained I was so damn close to finishing the draft of my book, I thought I could do it with just one more day.  They told me they would give me the cabin for free for the night, if I finished the book. And I did!

When that novel was finished, the first draft sat at 82k words. I had it professionally edited. Not a cheap thing to do, but necessary. My then editor told me it was “an impressive coming-of-age novel (with)… great location details, terrifically relatable characters…The mystery at the heart of who she is compelling, and the twist is heart-stopping. You should be very proud of this.”

But I was scared shitless of publishing it.

Writing it was one thing. Publishing it was another. I was scared of that next step. (You can read about my publishing path here.)What if I failed?  What if the book was shit? What if the editor was just being nice to me because she had seen how far I’d come, since I took her writing class many moons ago?  What if that mean girl was right?!

The biggest fear –  and one that remains even today. What if I publish the book (or books) and no books sell?

The thing is, no matter how many books I publish, hitting publish is still one of the scariest things I now do. It puts my heart into my throat every single time.

The fear of failure is real.

Reflections: 2022 was the Year of Learning!

43 Life Lessons I Shared With My Daughter

We need to talk about depression